The Bergdoktor house in Ellmau: The farm Hinterschnabel is first mentioned in the history of the village around 1694. In 1985, the former mayor of Ellmau Johann Leitner takes over the farm of his mother.

By the time the film team became aware of the Bergdoktor 2007 on the farm, the residential area was empty, also because it had no electricity. Since the Bergdoktor operates his film practice there, the former Bauernstuben have been lovingly rebuilt and prepared.
The meadows and fields of the Hinterschnabel farm are still managed by Hans Leitner.

The locals are proud of the new landmark in the district Faistenbichl, which is now admired several weeks in the year by about 8 million television viewers and makes you want to holiday in the Tyrolean mountains. 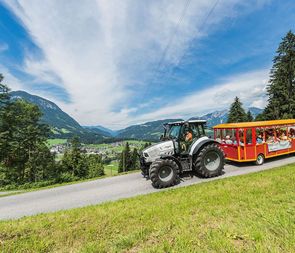 Tractor trips to the Köpfinghof 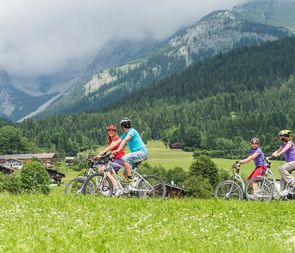